In partnership with PowerGen Renewable Energy

How do you make electrification decisions at scale? PowerGen, Africa’s largest mini-grid developer, partnered with VIDA to prioritize sites across Nigeria. 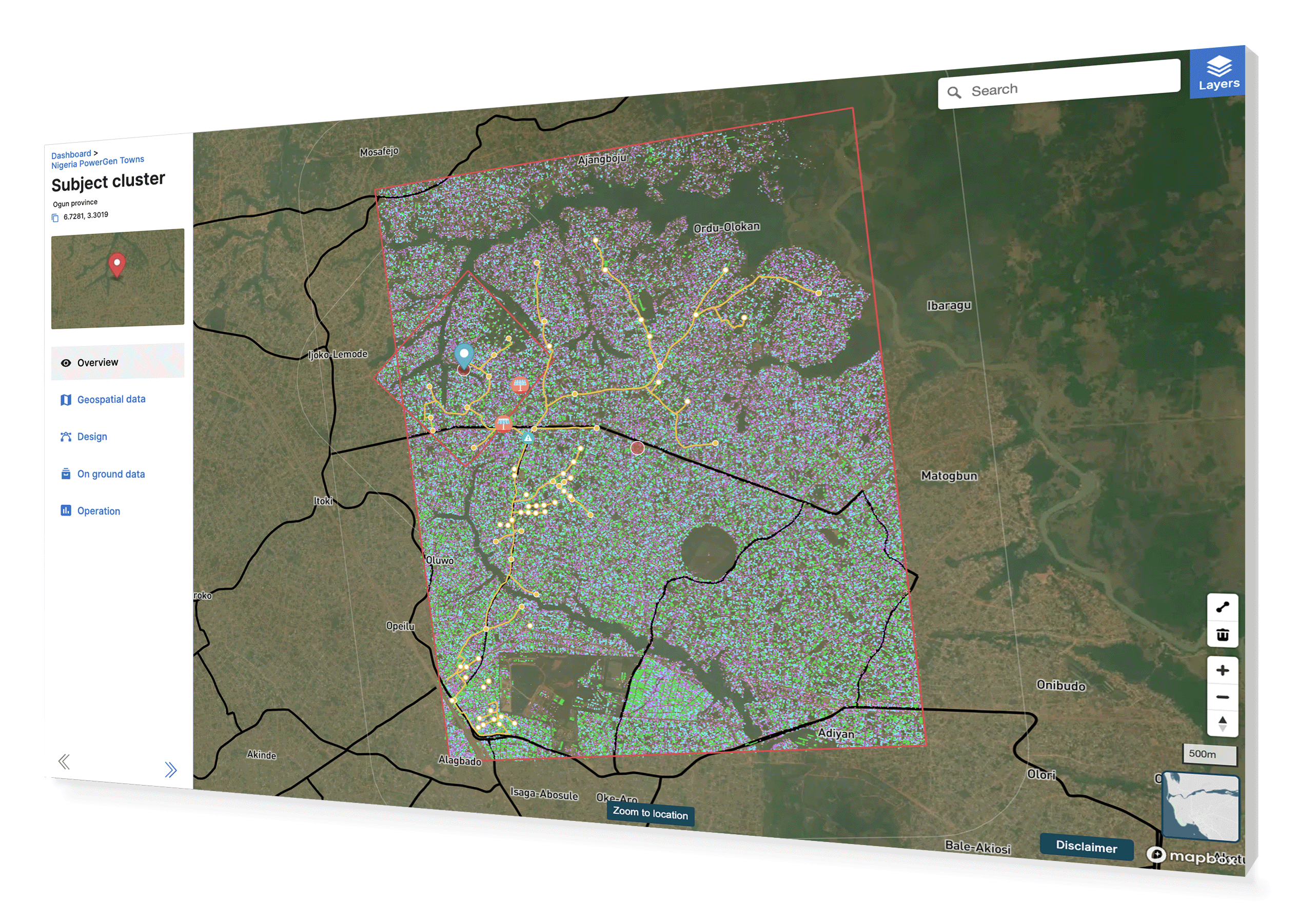 Nigeria is Africa’s largest, fastest growing and most populous economy - yet around half the population – an estimated 100 million people - live without access to electricity

Nigeria is Africa’s largest, fastest growing and most populous economy, rich in arable land and home to a dynamic culture of entrepreneurs. Yet around half the population – an estimated 100 million people - live without access to electricity, often miles from the nearest grid.

Polluting and expensive diesel-powered generators are widespread. Clean and reliable energy is simply not available to thousands of communities.

As private alternative energy developers seek to step in with off-grid solutions, they are faced with a challenge: how to make the right investment decisions about potential sites when very little is known about them?

How do you make electrification decisions at scale? Well, that’s the question.

In the past electrification decisions were made using laborious on-the-ground visits, surveys and manual map scanning that could take years. Now, a software tool like VIDA makes it possible for companies like PowerGen the first time to work at scale reliably and fast.

The VIDA process takes about a week – it makes no difference to the system whether the list is for 50 or thousands of sites. The algorithms look at more obvious data such as the size of the settlements, the number of connections, the distances to the grid, accessibility and the presence of commercial customers. But the VIDA software also provides vital contextual data on agro-production in the villages, the security and history of armed conflicts, the distance to major trade hubs in the country and so on. This contextual information allows our clients to understand the socio-economic fabric of these remote villages where their infrastructures will be set up for years to come.

Next, VIDA software also predicts the demand of power, the design of distribution (where best to lay wires) and the CAPEX required for each site. This level of geospatial intelligence allows VIDA’s users to much better assess the risk of investment in these sites.

Today VIDA works with PowerGen and other alternative energy suppliers across 10 African countries, using state-of-the-art software to map out a green electricity future.