Turning the Lights on in African Hospitals

In partnership with several governments and humanitarian organisations 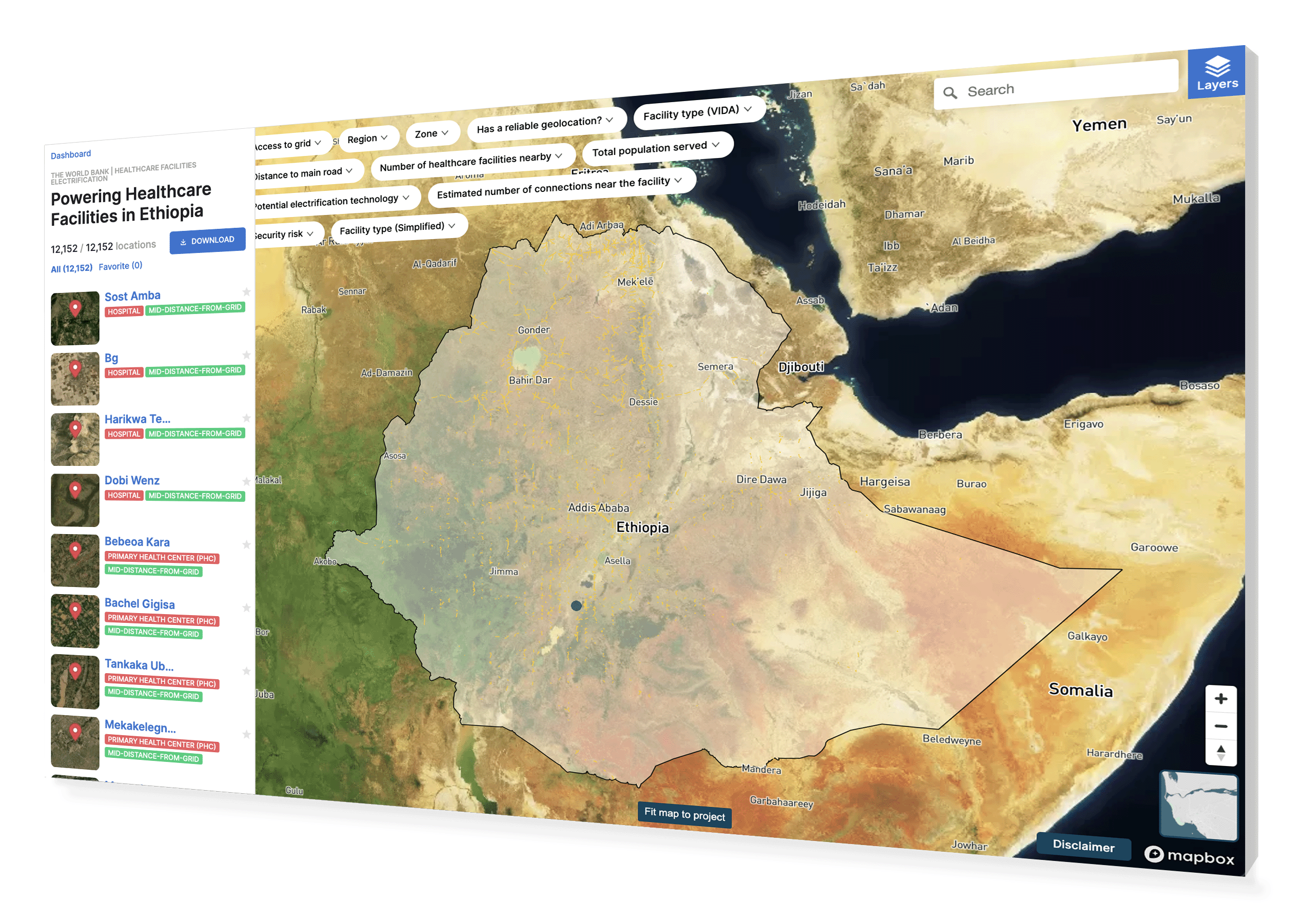 2022
Read more
In partnership with several governments and humanitarian organisations

Turning the Lights on in African Hospitals

In Ethiopia, for example, that list numbered 60,000 healthcare facilities. VIDA software narrowed those down to those that were off-grid — 12 thousand.

During the COVID pandemic, VIDA was asked by funders and African governments to help with the vaccine rollout. Where should the vaccines go first? What exactly was the state of healthcare facilities across the country? Which of these did not have reliable access to power and hence would be unable to store and administer vaccines?

Countries such as Niger, Nigeria and Ethiopia came to VIDA seeking information.

This initial inquiry led to several national projects to help power up healthcare facilities that were lacking electricity access.

The governments shared lists of those healthcare facilities across their countries where it’s not known whether they have access to electricity or what population they are serving.

In Ethiopia, for example, that list numbered 60,000 healthcare facilities. VIDA software narrowed those down to those that were off-grid — 12 thousand. It was able to produce critical information on those sites such as proximity to other healthcare facilities, catchment area, activity in the immediate settlement area, security data and distance from roads or the national grid.

Based on this, it became easier to identify those sites that should be prioritised based on impact. “Ideally what you want to see is a cluster, including a bigger facility like a hospital, and perhaps some smaller clinics, because then you can electrify all of them at once and create high impact,” says Nabin from the VIDA team.

There is also a public health angle to consider - for example, which are the sites that are irreplaceable in terms of offering services such as emergency care for a particular radius of the population.

“This contextual data is often missing,” says Nabin. “And that’s where VIDA’s software is so successful. We build a full picture.”