In partnership with KfW Development Bank and the Government of Mozambique

Surrounded by sandy beaches and azure waters, Mozambique’s picturesque coastal city of Beira was all but destroyed by a cyclone. 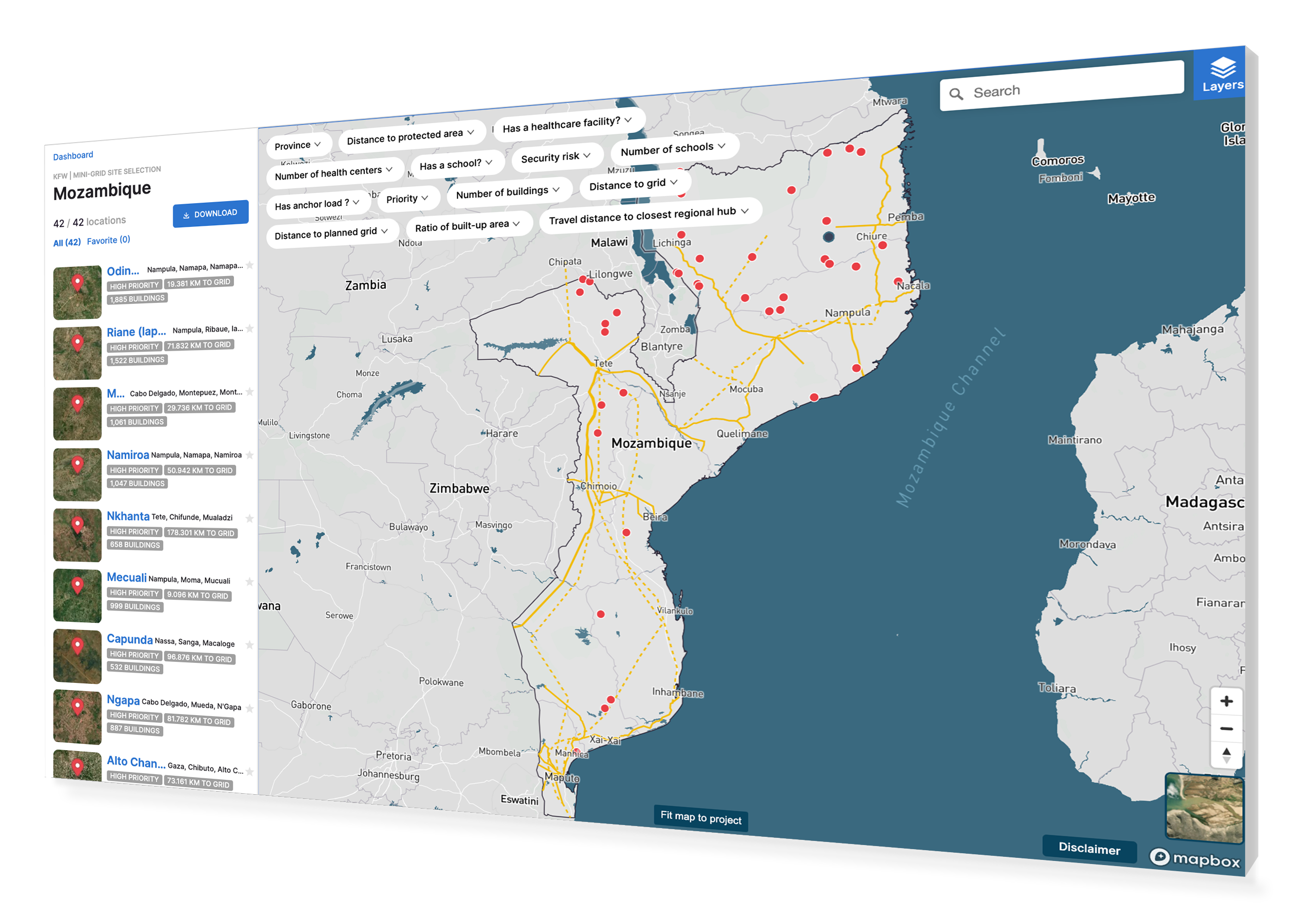 The situation was urgent - more than 300,000 children were left without access to education due to storm damage.

Surrounded by sandy beaches and the azure waters of the Indian Ocean, Mozambique’s picturesque coastal city of Beira was all but destroyed by a cyclone in 2019. As the city struggled to recover, just two years later it was hit by another cyclone. High intensity storms in the South Indian Ocean are increasing, many say linked to climate change.

KfW, the German state-owned investment and development bank, stepped in to support  Mozambique’s government in rebuilding Beira schools. The reconstruction team at KfW were keen to help but they also faced a dilemma – there were a large number of schools in the area on their list but with no indication of size or priority.

The situation was urgent – tens of thousands of children were studying outdoors or in tents.

KfW was already working with VIDA software in other African countries so they asked whether the VIDA team could help.

“Our task is clear,” says Nabin Raj Gaihre, one of the co-founders of VIDA. “We ask where are people, where is the infrastructure and how is it being used. When we plugged the schools into the system and looked at the data, we could see which schools were strategically important when compared to others. There were instances where schools served only a very small population or where multiple operational schools were nearby that served the same populations. Also, using satellite imagery, we could clearly see which schools required the most effort when it comes to reconstruction. This data helped the KfW team prioritize their reconstruction efforts.”

Using VIDA software, they also discovered something else – “When you study the images, what you see is these schools were built with tin roofs that were repeatedly blown off by storms, almost every year in multiple instances. So we could flag that up to KfW to help them approach construction in a more weatherproof way.”

Based on this process, KfW funded a new design with more stable roof structures that ensured that the school buildings are more resistant to future storms and floods.